Cheers to clean water in Vinnitsa, courtesy of Kemira coagulants

For more than a decade, the Ukrainian city of Vinnitsa has relied on Kemira’s inorganic coagulants for drinking water treatment. Learn how our chemistry helps them maintain high quality at low cost so that the people of Vinnitsa can enjoy clean, refreshing water year-round. 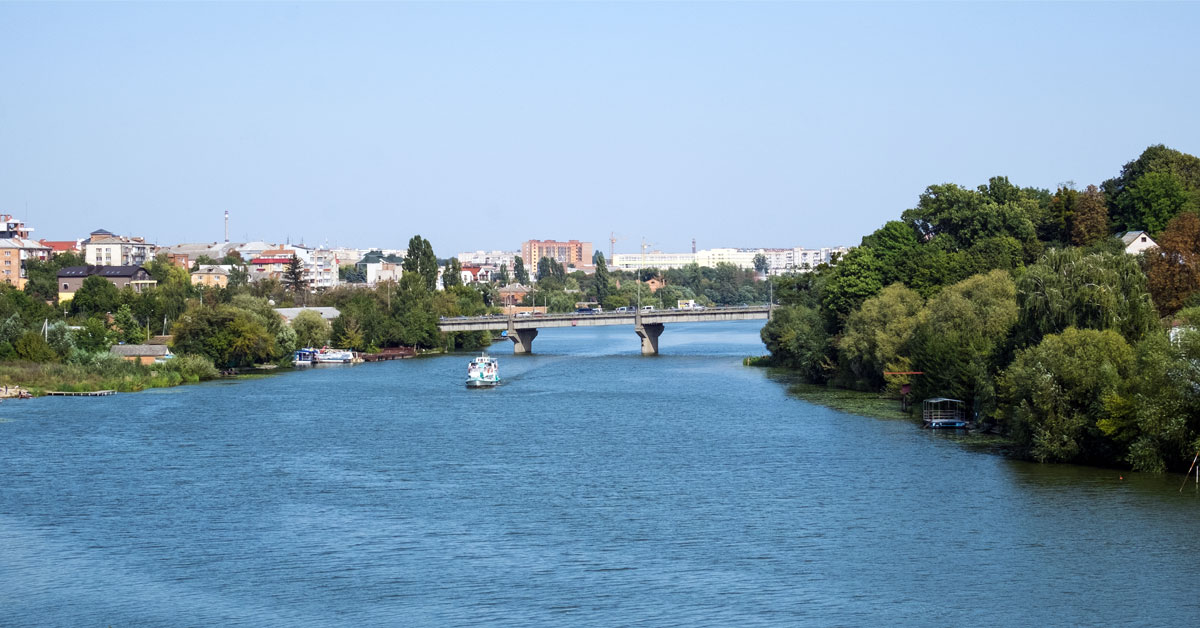 The Southern Bug, a river in Ukraine, flows through several territories and cities including Vinnitsa. Its waters quench the thirst of the city’s 370,000 residents. The local water utility, called KP Vinnitsaoblvodokanal, relies on Kemira’s chemistry to purify the surface water and make it safe for drinking. Their coagulant of choice is PAX XL19F an aluminum chlorohydrate.

people in the area

Cost of coagulants reduced by

In alignment with United Nation´s

Like many waterworks, KP Vinnitsaoblvodokanal must address organic matter as a matter of business. But geology, biology and human activity make every river different. The Southern Bug presents some unique challenges. Because of the way it’s situated within the city, the flow rate is minimal. There are also three large agricultural fields that discharge into the river just upstream from the utility’s intake area. As a result, ammonium levels are often elevated.

Taken together, the low flow rate and high ammonium make a perfect environment for phytoplankton. For about nine months each year, phytoplankton reaches above 100,000 c/cm3. Algae blooms proliferate and KP Vinnitsaoblvodokanal must deal with high concentrations of organic pollutants.

Kemira’s chemistry helps KP Vinnitsaoblvodokanal overcome the challenge, no matter the season. Our unique combination of high-performance chemical products and more than 100 years of chemical application expertise enables them to easily rid the water of organic pollutants.

Putting PAX to the test

KP Vinnitsaoblvodokanal first began tackling this issue more than a decade ago. With guidance from local chemical distributor Weglostal, they tested several reagents from 2006-2007. “Our company has repeatedly appealed to Weglostal for help in solving complex technological issues and has always received professional advice,” explains Alina Kravchuk, head of the laboratory at KP Vinnitsaoblvodokanal.

Her team conducted lab tests with half a dozen of Kemira’s PAX aluminum chlorohydrates and several flocculants, comparing them to coagulants from other regional producers.

“The results of the research were unequivocal. For the purification of the Southern Bug, the best coagulant is PAX XL19F,” Alina says. “The main advantage is the combination of high performance with a minimum amount of residual aluminum.”

Kemira’s PAX XL19F has performed so well that it’s become the utility’s workhorse coagulant for more than a dozen years. While Alina and her team occasionally test other options, they always come back to PAX.

The main advantage is the combination of high performance with a minimum amount of residual aluminum.

In fact, in 2020, after lab tests of more than 20 different coagulants from foreign and domestic producers, KP Vinnitsaoblvodokanal once again chose PAX solutions. “This time we decided to introduce PAX XL1911 for use in particularly problematic periods starting in 2021,” Alina explains.

Kemira’s chemistry has also offered an economic advantage. “We have reduced the cost of coagulants by 15-35%, depending on the season,” she says.

The plant’s process and dosing

Just as every river is different, so is every water treatment plant. If you’re curious about the water treatment process in Vinnitsa, here is a simple explanation. First, they remove large debris from the river water. Then the water flows to one of two stations, which each have an eductor mixer, a horizontal sump, high speed sand filters and a clean water tank that stores the purified drinking water before the water enters the city network.

The next step is partitive coagulation. “Aluminum sulfate is introduced in front of the mixer. Then 2-3 minutes after the mixer, we inject PAX XL19F,” Alina explains.

These steps are followed by chlorine, which is added to the mixer before the filters, or directly into the clean water tank. “The main task is to minimize the dose of chlorine at the first stage to reduce chlorination by-products like chloroform,” Alina says.

When there are very high levels of pollution in the river, they dose activated carbon in the initial stage and use additional reagents like PAX XL1911 and flocculant.

While KP Vinnitsaoblvodokanal has battled local algae blooms over the years, they have continuously improved the quality of drinking water for city residents. Their mission is well aligned with United Nations Sustainable Development Goal 6 (SDG 6): clean water and sanitation for all. Alina says they continue to evaluate infrastructure projects to further improve drinking water in the area.

As for Kemira, we’re proud to play a role in SDG 6 by helping utilities like KP Vinnitsaoblvodokanal deliver high quality water to local communities.

In this on-demand webinar you will learn why HSY has opted for Kemira’s novel biomass-balanced polyacrylamide, a water-soluble polymer, for their sludge dewatering process, and how it is contributing to HSY´s sustainability performance.

Are you looking for ways to enhance the sustainability of your wastewater treatment operations? We have put together several best-practice municipal case studies, chemistry application videos, on-demand webinars and other valuable insights on data-driven, sustainable wastewater treatment. Download your free copy now!